How it all Started

Here I was, a young twenty-something living the dream as a ski-bum in the mountains of Colorado.  I was not rich financially but I was sure having fun!  Instead of choosing the traditional business path after college, I escaped to the mountains to take it easy for a while.  I had developed a passion for skiing so I decided why not go where the skiing is great: John Denver country!

Well, I made it as far as Summit County.  I was only going to stay for a little while before deciding what I was really going to do with my life.  I knew it was not to sit in an office for the next forty-something years! 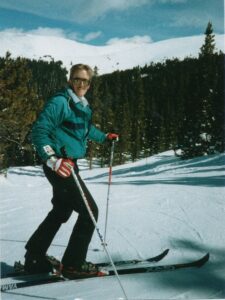 Working in a ski resort I quickly learned that I was going to be a terrible employee.  I had already worked my way through college as a head waiter who successfully trained others, so I knew I had a skill set that I might be able to capitalize on.  I also knew that I did not want to work for other people because I always felt I could do things better if they let me.  Pretty arrogant, eh?  Well, that’s a twenty-something for you! 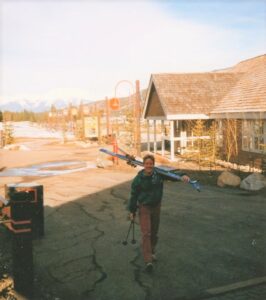 I enjoyed my time working in the ski industry and living in Summit County in those early years.  I made a decent wage, had a nice mobile home, worked at night, skied all day and in the summer mountain biked instead of skiing. 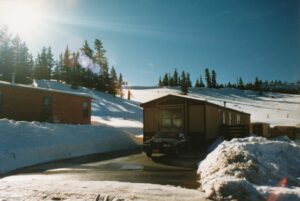 But, at that young age, I still knew that working for someone else was not going to be acceptable for me.  I don’t know where that came from.  None of my family members were ever entrepreneurial.  I just knew that I had to find a way to create my own source of income.  Well, when the timing is right, and you are looking, things always seem to show up.

One day an acquaintance in the mobile home park I was living knocked on my door.  He said a few complimentary things about me and passed me an envelope with a few brochures and a cassette tape.  Having known him I thought he was pretty sharp, so I accepted the information and promised to review it.

I listened to the tape and read the information.  I suddenly realized that my goal of being free from a job might have been answered.  I wanted to make money from the home!  I wanted to be able to work when I wanted to and play when I wanted to.  After all, I already had a taste of what life could be like.

Make Money From the Home

I got back to my acquaintance and asked for more information.  He was probably thinking, “Oh boy, I got a live one!”  He told me there was going to be a local meeting to discuss the opportunity.  I was open to that.  So I attended the meeting and was exposed to a company called Amway.  I had never heard of it.  I thought their marketing plan was brilliant and that this would be perfect for me.

I stayed involved with Amway for a few years and did okay before moving on.  But, the best thing that came from the association was what I learned as far as personal development.

You see, if you are going to create a large income from a business of your own, you may have to change your mindset based on whatever your paradigm may be.  What is a paradigm?  It is a collection of internal thoughts that you act on that dictate your feelings, actions, and results.  Very powerful stuff!

I was not raised with a mindset where lack and limitations existed, but some people are.  They are told that their lot in life is to be poor.  Others are told they will never amount to anything nor achieve any kind of success.  When this happens the only way to overcome that negativity is to reprogram the mind through the reading of materials that can help to change the damaging paradigm.  I will talk more about this elsewhere on this website.

So, having the right wealth mindset I moved on from Amway and continued to operate HOW Enterprises.  My business moniker was if you want to know how to make money, ask me how.

During this time I met Pam at the ski resort I was working at.  During that time period, we skied all day and worked all night.  We did that for three years, and by the time I was approaching my late twenties, I had proposed to Pam and we got married.  She was the first person I sponsored when I was introduced to Amway.  She had the same dreams I did. 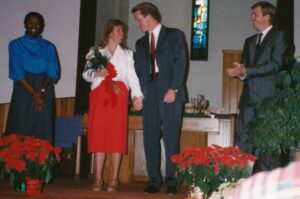 So there I am in my Amway-suit, bought from my own business, and looking so stylish with my new bride!  To my right is my Amway sponsor.  It was a small wedding in our local church in Summit County.  And so our life of searching for the next business venture started.

During the Amway adventure, we were introduced to the idea of RV life.  We had met several business associates that had really nice RVs.  We are talking about nice Prevost bus conversions.  We don’t know why but the idea of life on the road really sounded perfect for us.  I imagined traveling around the country visiting business associates and writing that travel off on my taxes because I was traveling with a business purpose.

So Pam and I started looking at RVs every time we traveled out of the mountains to Denver, Colorado.  We would stop and look at the RVs and imagined what our life would be like traveling the highways of the United States in our home on wheels.  I imagined driving it sitting in that big comfortable captain’s chair, looking out the huge windshield and enjoying the changing view.  It was like a giant movie screen with a 180-degree view.

Here is the front cover of the brochure I had on my dream board in my home office back in the early 1990s.  I would look at my dream board while I was at home on the phone looking for new clients.  My vision of my life on the road in my RV home was so real.  I had spent time sitting in the front seat of the Itasca at the RV dealership looking out the windshield thinking about all the great places we would see.   I saw myself driving the RV, eating a snack if I wanted one, having a cup of french roast coffee, anything I wanted because everything I needed was with me.

And Pam and I would travel to places where we would be making money and take advantage of the tax benefits of writing off our travels while creating a fantastic lifestyle.  How did I come to this reality?  Well, I noticed all those areas on the 1040 Federal Income Tax form that looked like ways that I could reduce my adjusted gross income.

Advance the story twenty years and in that time I had owned an S Corporation, a franchise corporation, and worked with several other network marketing companies.  But all these required other people to help achieve my success.  I got tired of trying to get other people to do their part!

The dream of the RV lifestyle started in 2002, on a part-time basis, and by 2008 and after thirty-five thousand miles in rented RVs, the full-time RV lifestyle started.  There was no business entity at this point as the economic downturn of 2008 took out my used vehicle restoration business.

In 2013, with no business deductions and moderate-income, our tax bill was hard to swallow that year!  I had the discussion with Pam that unless we find another business idea, our lives as full-time RVers is not going to include business write-offs or personal conversion expenses.  You see, after twenty-four years of my entrepreneurial mindset, she finally said no more.  Then I showed her the tax bill, and I won.  She said what next?

I told her that I wanted to start a business in an industry that was brand new and that nobody knew anything about it.  She said sure.  What is it?  So I took her to meet some people that could explain it better than me.  After a week of learning about it, she was on board.  The best part is that it involved the RV lifestyle and fulfilling the goals that we had envisioned years ago.

After creating a business plan and looking at the potential of the market HMRVI Corporation was born in 2014.

Advance time to now and the dreams that were perpetuated in the mid-1980s have come to pass.  In fact, they are even better than first envisioned.  Not only does business involve travel in the RV but it is in the RV industry!